WHAT ACTUALLY AFFECTS COMMUNICATION IN A FOREIGN LANGUAGE? 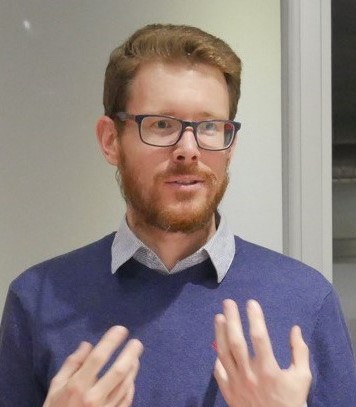 On the first day of my arrival in Madrid, I unintentionally scared an 80-year-old woman to death. I bet I was neither acting fearfully nor did I  surprise her with any kind of odd look. The only thing I did was to gently approach her in a tall dwelling, and ask her if this was the direction that I had been looking for.

By that time I I had had 8 years of experience speaking Spanish, but still, I failed to communicate my message: the lady, instead of trying to listen to what I was trying to say, first emitted a startled scream: “What???”. Then she crossed her arms and almost desperately reiterated “No-no-no, I don`t know!”

Have you also felt that communication in a new language is extremely painful? You get overwhelmingly confused and ultimately suffer from severe negative emotions: the communication requires too many efforts to understand the interaction so that you cannot enjoy the process anymore. As a result, you start to feel fearful of talking to some foreign people.

We typically think we just need to learn more vocabulary or grammar, and then they can easily communicate with foreigners. As a matter of fact, an interaction can be difficult even if two people both know the language. There are two very essential and closely related factors that support good interaction between different nationalities: understanding cultural differences and having enough empathy.

There are unwritten rules inside the group of any nationality and people from outside cannot understand it before they learn and experience them. In practice, it is not so important what people say, but rather what kind of meaning they give to it.

When I lived in Ecuador, it took me a long time to perceive what the local people were really thinking when they said something. My Spanish was good enough to understand most of the words I heard, but what people were telling sometimes just did not make much sense for me. Essentially they were communicating in such a way as if they had tried to avoid giving out certain information, which did not seem trustworthy at all.

I later realized that my own European mentality was the main factor that prevented me from understanding the local customs. The Europeans appreciate people who express themselves as clearly as possible: give information succinctly and precisely. In Ecuador, on the other hand, it is considered bad manners to be too straightforward.

Hearing about this concept made me even more confused, but finally, I learned the deep meaning behind this rule: in Ecuador, giving too many cold facts without any emotional context is not appropriate, because it can cause unnecessary harm and misinterpretations. Besides, it is supposed there that human beings innately learn new information through figures and metaphors, rather than clear-cut descriptions.

These examples show, that being aware of the cultural norms is almost critical for a good communication. These norms are not necessarily difficult to understand, but you must be willing to learn how and why people in the other culture think differently from you. Also, unnecessary emotions – for example fear – should not dominate you – as it happened to me in Ecuador or with the above described elderly lady.

Emotional components in a communication

Cultural rules – particularly not understanding them – can make communication really challenging. Empathy, on the other hand, can considerably compensate for many cultural misunderstandings. Empathetic people can perceive what others are feeling: they understand the language of emotions. We can also open many heavy intercultural doors once we realize, that most of the people from any culture have at least one thing in common: they all share the same emotions.

I realized all this in my first year of living in Ecuador when I struggled with my poor Spanish. I was constantly studying the language, but no matter how much I had improved, there were always those who did not understand me. However, there were always others who found my Spanish very good. Why such a contradiction?

It took me years before I realized that the process of two people understanding each other involves several emotional factors and not just technical use of vocabulary. Moreover, when the people are from different nationalities, it is particularly critical how they gesture, what their facial expressions are like etc. And here is the most critical factor: when two personalities are not compatible, then they just do not understand each other well, and it is nobody’s fault.

I was lucky to have my positive communicational experience in Ecuador from the very first day when I arrived there. All my host family members were the type of people who I could understand well (and vice versa) in spite of my poor Spanish at that time.

As we can conclude, in order to start communicating in a new language, it is not essential to be a master. It just needs a decision to try it, and then there will probably be some bad experiences with unpleasent communication. When it happens, we just need to find a new person who will hopefully be more empathetic and gives us a better experience. Besides, the person will also be likely to teach us something about his/her local culture.