▷ Aprender Ingles con blogs para nivel B1. Vocabulario para familia. He is not my half-brother, he is my brother! by Sesiones de Inglés - Profesor de Inglés en Sagrada Familia
­
Copied to clipboard
X

Aprender Ingles con blogs para nivel B1. Vocabulario para familia. He is not my half-brother, he is my brother!

A blog about my family so that you can learn some new vocabulary in an organic context
Un blog sobre mi familia para que puedas aprender vocabulario nuevo en un contexto orgánico. 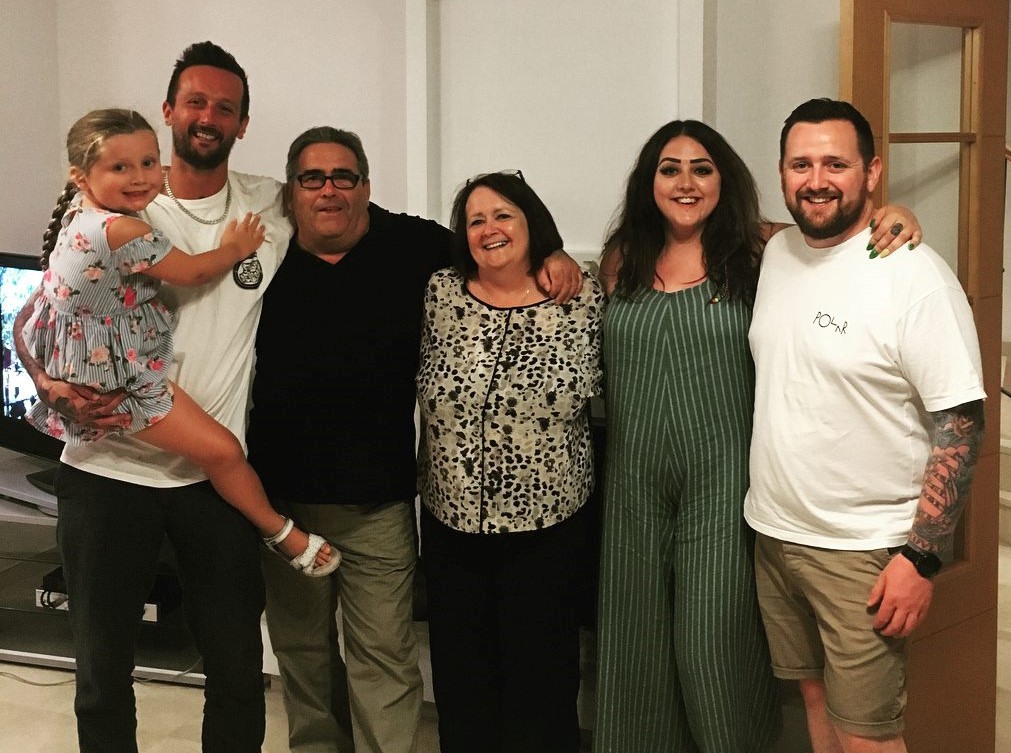 1. How is John's height described?
2. What relation is Martin to Scarlett's Uncle?
3. What relation is Scarlett to John.
4. Who does Martin think he looks like?
5. Who does Martins' brother think that Martin looks like?
6. Who would Graeme like to punch?
7. Why did Graeme stop insulting his brother?
8. List the simlarities between Graeme and Martin.

My relatives don't form the traditional family, but we are a family that is stronger than most. As you can see from this photo, I am like the black-sheep of the family. I’m the tall skinny one on the left holding my niece, my brother Martin's daughter, Scarlett. To her, I am Uncle G. Cool, right? I used to make jokes with my neighbours that they didn’t feed me properly and stretched me taller and longer, so that I could do the tasks my dad couldn’t reach. He is the short-ass to the right of me. My mother never found them funny though!
When I was younger I called my dad, John, my step father, which technically he is. However as time has passed and I have grown older I feel that I have two dads. The only step he needs now, is one to stand on so he can look me in the eye. My brother (aka Peter Kay with a beard, 'wannabe' Channing Tatum) is what other people call my half-brother, but I have never allowed that term to be used in my presence, nor him. Half what, half-wit maybe?
I found this technical description of half-brother online:

Although that statement is true, I don’t think it means a thing when it comes to family, do you?
I remember, like any older brother, the arrival of the new victim in the family. From day one I began the torture sessions that only an older brother/sister can rejoice in. My mum often reminds me that even at the tender age of seven years old I had already mastered the instincts of being older brother. Perhaps because as he lay there defenceless in his cot days after his birth, I tickled his feet till he cried. This constant torture clearly progressed through the years from physical to mental abuse like all other sibling rivalries, until evetually he gained more muscle and brains than I. Ever since then it has been pay back time for him. Honestly, I don’t dare insult him now, as he get the better of me very quickly.

Basically, if you look at your brother and all you can think is... “oh my god I’d love to knock him out”, then he is your brother!

1. John is short, he is a short-ass
2. They are brothers
3. Scarlett is John's Grand-Daughter. John is Scarlett's Grand Father / Grandpa
4. Martin wants to be Channing Tatum
5. Graeme thinks Martin looks like Peter Kay
6. Graeme would like to knock out his brother. He oulw dlike to punch him strongly.
7. Graeme's brother Martin grew more brains and muscle, he became smarter and stronger
8. Same mother, both tattooed, both play guitar, both would do anything for their mum and dad and bother are mouthy and would start a fight with their own shadow