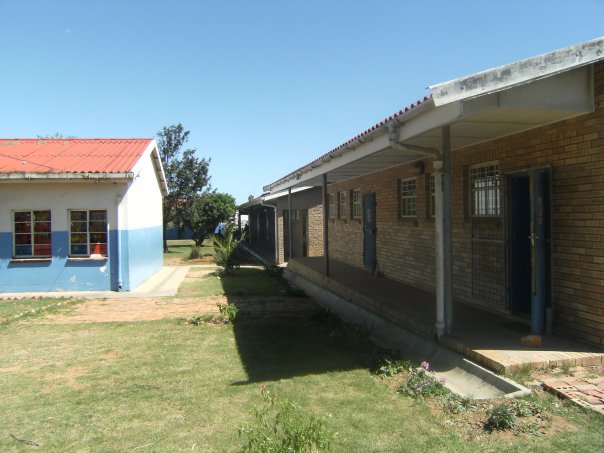 I began teaching English when I was just eighteen years old. I was in between finishing High School and going to University, and so I decided to take a Gap Year – a year off before going to College or University to work or travel, etc. – and I ended up as a volunteer in South Africa. My job was to teach English to Elementary level students who lived in poverty, in the suburbs of a city along the coast, Port Elizabeth. Every day from Monday to Friday, our Volunteer guide, Murray, would pick us up and drive us to Kwa Ford P.P.S. – a poorly funded school in the townships. I’ll never forget my very first day. Shortly after arriving to the school and being introduced to the Principal, I learned that the Principal whom we had just met was actually the previous year’s Math teacher and that she had taken over from the former Principal, who had very recently taken the school’s annual funding and disappeared… Ms. Tinta was no longer able to teach Math and she became the school’s new Principal. She informed me that I would be teaching English AND that I would also be filling-in for her Math classes until a solution could be implemented. I had never been a strong Math student and my nerves were beginning to fail. She sensed my hesitation and quickly grabbed me by the wrist and led me to a classroom in in one of the three yellow-brick buildings. Waiting for me was a class of about twenty students in grade five. They all stopped talking as I walked into the room and looked at me as silence spread, with the same puzzling look I gave back to Ms. Tinta. “Now you teach Math,” she said and then turned around and began walking away. I immediatey froze, a million thoughts raced through my mind, including what level of Math I was expected to teach? Luckily, I regained enough composure to chase her out the doorway before she disappeared around the corner, and proceeded to ask what level the class was. She stopped, turned around, and said “Grade five,” and then she was gone. Before I re-entered the classroom, I did my best to search my brain and think about what exactly students in grade five Math are supposed to be learning. Facing that class of twenty students in Port Elizabeth, South Africa when I was eighteen was one of the most difficult experiences I’ve ever had. I was nervous, I was unprepared, we were under-funded, and I lacked a sufficient teaching background. Regardless, I knew that I had a job to do and I didn’t want to let anybody down – not myself nor the students. I got through that class and I learned more about teaching that day than I have in any of my other days as a teacher since. It was challenging, but equally as rewarding and I’ll never forget my first teaching experience as long as I live!