English lessons for Creatives, Musicians, Media and Content Producers; and everybody with Wil Baker: I Used to make films Part 2: Life in Outback Australia. 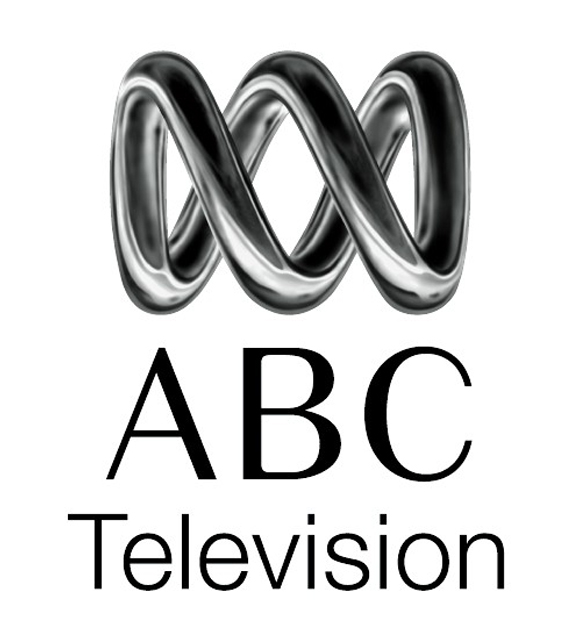 Short film about Outback Australia
Many years ago, I was commissioned by the Australian national television broadcaster (ABCTV) to make a 5 minute film about Outback Australia. I focused my story on a young farmer in his mid-20s, Tim Officer, who ran a large sheep station called Woolgorong. Located in the remote interior of Western Australia, this station covered 1200 square kilometres of beautiful, red-earth country with small hills, flat plains, medium sized trees and bush scrub. The nearest small town was over 100 kms away. 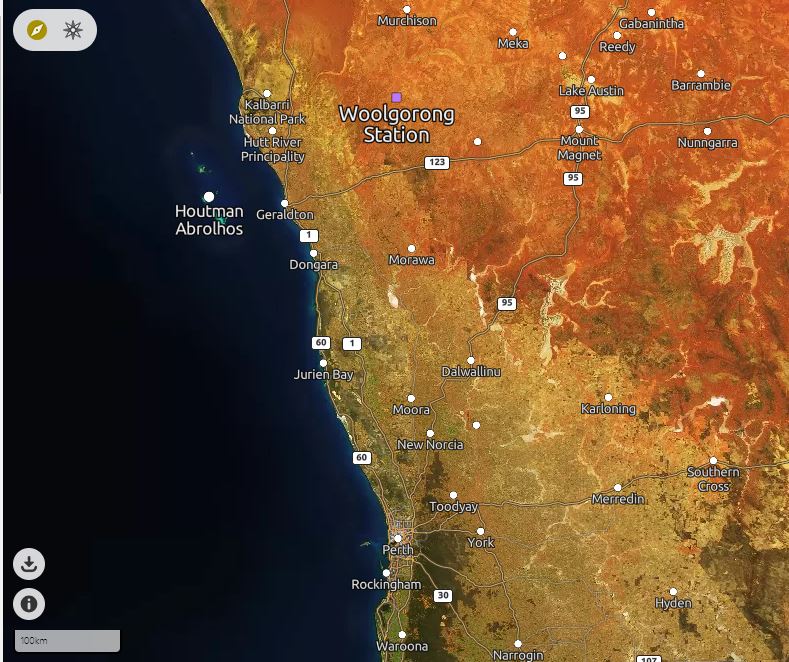 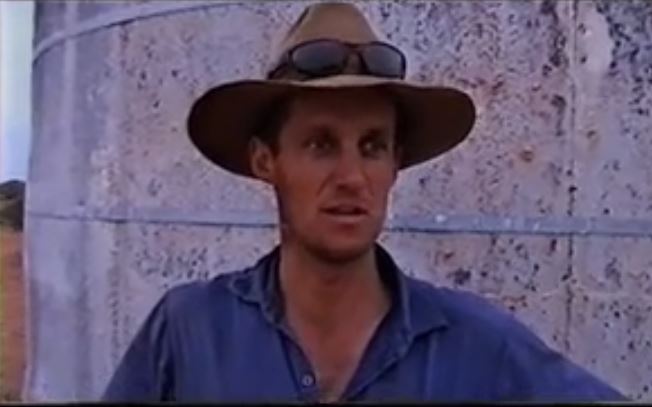 It took me six hours from Perth to drive out to the station. The last two hours were on dirt tracks. This was before the days of mobile phones and Google maps people! When I finally arrived, around sunset, I found Tim in one of the sheds. We met very briefly and then he asked me to jump in the ute with him, as he needed to get the dogs’ dinner. 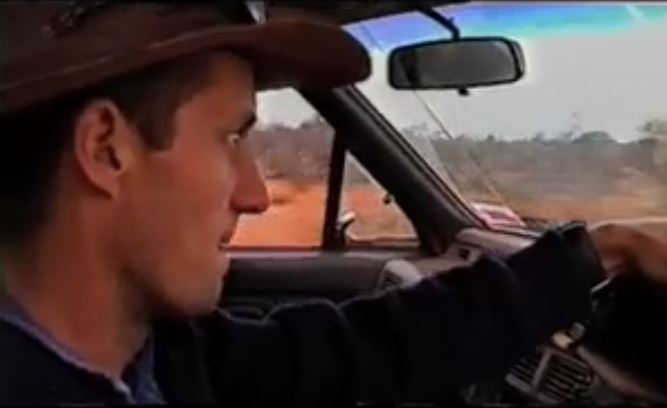 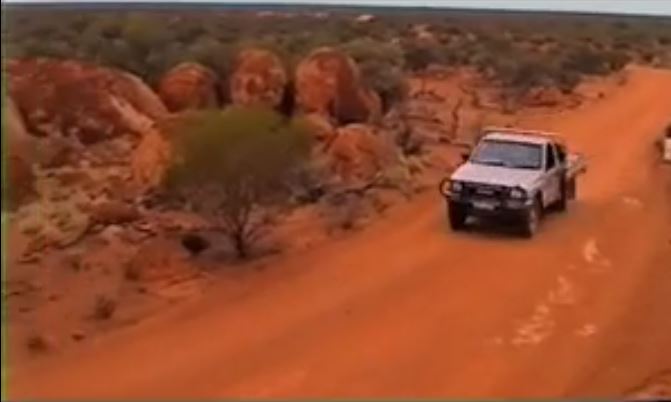 I didn’t grab my camera because I had just arrived and I didn’t want to be impolite. However, about 30 minutes later, I was cursing myself for not taking it with me. You see, the dogs’ dinner was going to be kangaroo. So there we were, driving through the scrub looking for kangaroos. The sun was setting. The sky was pink. The earth was red. And apart from the gentle sound of the engine, it was incredibly quiet. Suddenly, Tim stopped the engine and pointed to a silhouette in the distance. 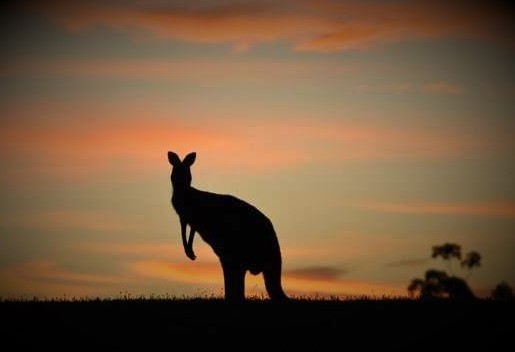 I caught a glimpse of a kangaroo looking at us. Then Tim reached behind my head to grab a rifle, took aim out the window without leaving his seat and pulled the trigger. There was a loud noise in the silent air. Then the kangaroo went down. We drove over to find a medium sized kangaroo dead where it fell. And what happened next was why I wished I had brought my camera.

The reality of the Outback
Tim grabbed some rope from the ute and hung the kangaroo from its tail under a small tree. Within 20 minutes, working like an ancient hunter, he had skinned and quartered the body, then stored it in the back of the ute. I know this made be hard to understand but Kangaroos are considered pests to many farmers in Australia. This is because they will often eat their crops. And so, on many farms, it is common for them to be periodically hunted and killed. I had grown up around farms and hunting when I was a teenager, so I was used to seeing kangaroos (and rabbits) hunted and shot. Even so, the butchering was difficult for me to observe. And that was the reason why I regretted not bringing my camera. I could have shot the whole bloody sequence. Why? Because it would express the (sometimes) brutal reality of life in the bush, where you need to use every available resource to survive. If you are a vegan or vegetarian, I can understand you would find this shocking to observe. But if you are a meat eater, you must accept this reality because it is mirroring how the meat you eat arrives on your plate.

A funny story
Ok. Now something a little less serious. While I was at the station, the sheep had to be mustered to a central location for shearing. These sheep were spread out over vast distances, so mustering required motorbikes and an airplane. Tim was also a pilot with his own plane, so I went up with him just before sunrise. 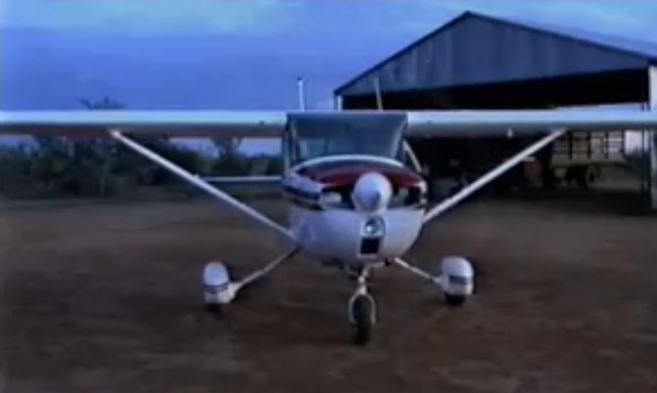 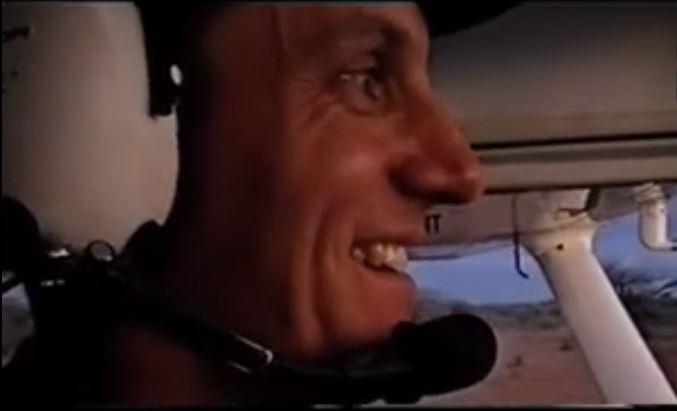 The Milo tin
I have shot in helicopters before, so I didn’t think a small plane would be a problem for me. And it wasn’t for the first 30 minutes. I got some great shots as we dived and swooped over the sheep, forcing them in the direction we wanted. But then I started to feel very sick. Tim looked at me and said I had turned green. I knew things were bad when he handed me an old Milo tin (isn't it funny how we remember small, random details). I was to use this if I felt like vomiting. Now I was worried. 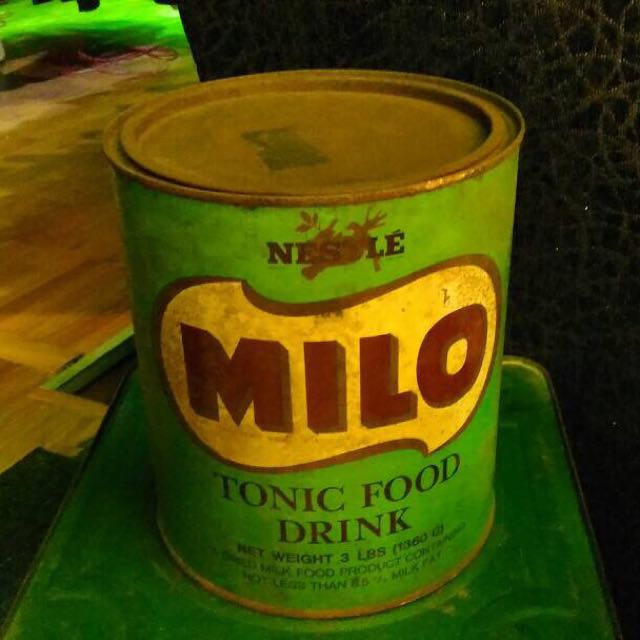 Five minutes later, Tim realized that my air vent had been closed all this time. Essentially, I had been starved of oxygen. Combine this with the radical plane movements and you can understand how I felt. Problem was, Tim still had a lot of mustering to do. “I can drop you back at the station in 30 minutes,” he said. By this stage I was ready to just jump out of the plane without a parachute. I was now feeling really sick and rested my head near the air vent while the plane dipped up and down like a roller coaster. My head was pounding and I had to focus on riding out this horrible journey one second at a time. 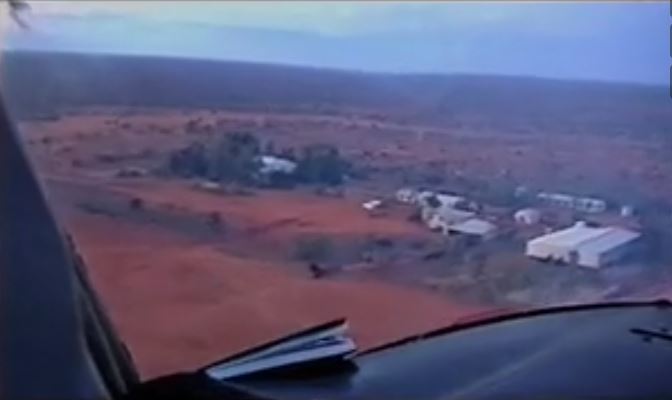 30 minutes felt like 30 years. But Tim finally dropped me off and then he went back to the mustering. When I crawled out of the plane I dropped on my knees, leaned forward and put my head on the dirt. The relief to be on the ground was an overwhelming sensation. I stayed in that position for about 20 minutes, then rolled over and just laid in the dirt. I stayed there until my head felt better. I am not sure for how long.

A fantastic experience
I spent 7 days on the station, following Tim around and filming everything he did. We would rise with the sun, drive off to do some work somewhere on the station, sit together for a big lunch with his mother and any farmhands that were around to help muster the sheep, go back out to the station, return for dinner and then fall into bed about 9pm. I loved the lifestyle and found it hard to leave at the end of the shoot. The air was fresh, the landscape was beautiful and so tranquil. However, for a man of Tim’s age, there was one thing about life in the bush that was not so great. If you want to find out what that was, see the film below to find out.

The Heart of The Matter from WiL Baker on Vimeo.