Covid-19: What Can We Learn From This Crisis?

Coronavirus: What Can We Learn From This?

I’ve never really suffered a crisis, certainly not an international one.

I think when something disastrous happens there’s a tendency for a section of society to think “ah, that won’t happen to me”, a sort of “nothing ever interesting ever happens to me”, feeling.

Well I fall into that category, not deliberately. I’ve just become accustomed to wondering when it’s going to come and then it doesn’t. So over time I’ve learnt to think it’ll never affect me.

I’m fine-tuned in just not thinking it’s coming to me.

So when Coronavirus became headline news I saw that Wuhan was closed down I doubted it would ever affect me in Barcelona.

Then, in the middle of February, the British media started talking about the possible need to quarantine for two weeks.

I started to think how that actually might affect me. If I can’t go to work for two weeks that would have a severe effect on my finances for the following month.

Fortunately, working with Oxinity, we have a ready-made system so we can easily offer classes online. In fact, we’ve even helped a company in Madrid to get them onto our platform so they can still deliver classes. We’ve effectively saved their company during this crisis.

Thankfully then, I’m mostly safe *touch wood*. We may have a student or two that wants to cancel classes until in-person classes resume but hopefully that’s limited.

But what of those that aren’t?

If you work in the emergency services, drive a train, metro or bus, or if you work in a supermarket then chances are you’re still going to work as usual but they’ll be some that won’t.

A lot of companies are asking their staff to work from home, others are closing for two weeks and I believe there are steps in place to pay these people as necessary.

However, there are still those that are given the choice to either stay at home or go to work.

And it’s not as simple as go to work or stay at home because you’re trying to stop the spread, that’s a secondary factor. For many people the choice is earn money, or not earn money. And that’s it.

These people work in the gig economy meaning no work = no pay.

I work in the gig economy and I love it. I work for myself, I can more or less create my own schedule, I can refuse classes which is rare for me to do and I rarely work more than five hours a day and I make enough to live on.

I’m perfectly happy with this lifestyle, plus, as I say, I can transfer all my classes to online. No need to leave the house unless to go shopping.

But let’s say you’re a cleaner. Chances are you’ll come into contact with multiple people throughout the day so there’s a risk of you spreading the disease.

There shouldn’t really be a need for you to go to your job necessarily, offices will be closed, people will be in their houses so can clean them themselves, the pressure will be on you to stay home to stop the spread.

Imagine the people you clean for still want you to attend. Are you supposed to refuse and potentially lose money that goes into someone else’s pocket, potentially for good?

You can say “it’s only for two weeks”, but you could lose that client forever, or what if in two weeks the infection rate is still rising? Do we do two more weeks?

As a socialist I’ve reluctantly accepted that we live in a capitalist society where it’s survival of the fittest so even if I’m sick as long as I can stand up, put one foot in front of the other and talk (that last bit is important for me) then I’m going to go to work.

I’m not downplaying this. Even if it were like any other flu (which it isn’t), it’s still bad. If you get the flu, you’re sick and can’t work for about a week.

If 10 million of us get the flu at the same time and we cannot work that’s disastrous for the economy to an unprecedented level not seen in any of our lifetimes.

The economy would collapse, stocks would crash, banks would run out of money, the whole world would be screwed but if you’re working five jobs a week cash in hand to feed your family the society has no right to ask you not to work just because it wants to protect its precious stock market.

If I contaminate you and you get sick, tough, survival of the fittest.

You’ve forced me into this, don’t moan now because the system doesn’t benefit you.

Plus, the economy and stock market is inevitably going to go into a downturn anyway, it needs cash and the best way to restart a stagnated economy is to put it into the hands of those that spend it quickly (P.S. This is why austerity doesn’t work).

I want a system where those that earn millions or even billions pay a bit more tax, still earn more in a year than they’re ever going to need for the rest of their lives so that when we have a situation like this we can say “stay at home and we’ll cover you for however long you need”.

Again and again at the ballot box this is refused because, y’know, “socialism will destroy us all” so why should I start caring about the greater good now?

Aside from this pandemic our world has been suffering a crisis for generations. Our planet is sick because human beings are pumping carbon into the air.

We’ve had summits, treaties and agreements but still the situation continues to get worse. Very little happens  because taking serious action would affect profits.

A few weeks ago NASA released pictures from space of China during the period that large parts of the country were shutdown to help control the spread of the virus.

They were compared to before the country was shutdown and the differences of the two pictures in terms of carbon in the air was startling.

Most parts of Europe have only just started their lockdowns in the past week so their pictures giving similar data are some way off, but I can’t wait.

I mentioned on Facebook this week that I would suggest that within a month we’re going to have that data, so any climate change deniers have until then to “all of a sudden” change their minds on whether or not climate change is real.

Of course, they won’t but it’d be interesting to see what excuses they use to argue against it.

We’ve gone past the line of stupidity with these people, they know fully well it’s human behaviour but they deliberately try to hinder any encouragement to try to reduce our carbon emissions.

Looking at the statistics of the worst affected cases of covid-19, I use https://www.worldometers.info/coronavirus/, it’s interesting to see which countries top the list.

China are obviously at the top, but below that are a few countries that we don’t normally equate to the sort of humanitarian crisis that we’re currently facing.

Meanwhile, much further down the list are countries that do.

It’s interesting to see how those where the infection rates are high but don’t normally face disasters of this scale are handling it.

These are also the countries that have the highest emissions. Those where the infections are much lower, or even none at all, are going about their business as usual.

I wonder if their carbon emissions even register on the scale?

However, they’d still be affected by climate change, there is no escaping it, it affects us all.

And there it is, what we need to learn from this crisis is that our way of live and our greed can affect everyone.

Companies and rich businesspeople need to pay more tax so that money is there in times of need.

Better those billions are in the treasury than in the bank accounts of a few people.

And with the reduction of human activity we’ll likely see much less carbon being pumped into the air.

We need to learn from that and try even harder than ever before to reduce our emissions in the future. 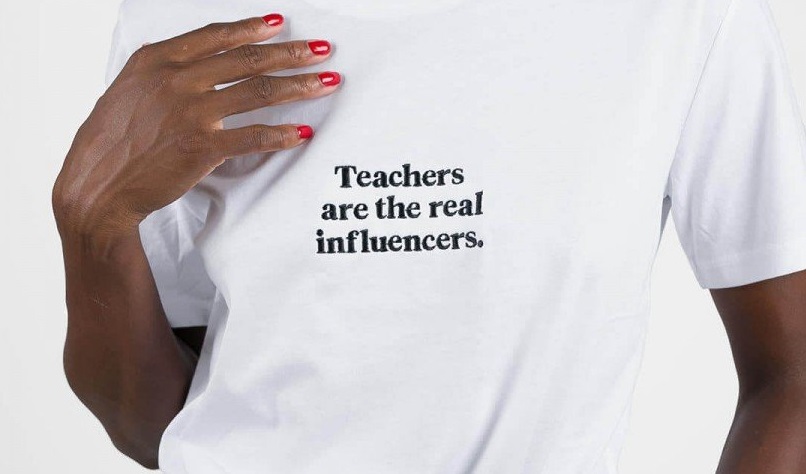 Teachers Are The Real Influencers

Teaching is actually one of the most important professions in the world. Quality teachers have a huge impact on how countries and their citizens function, and they show the way how to engage them in lifelong learning.
Vaiva V. Marques