▷ The story of my life. Meet a nice geologist teaching English as a second language in Barcelona by Pablo Pratolongo - Profesor de inglés
­
Copied to clipboard
X

The story of my life. Meet a nice geologist teaching English as a second language in Barcelona

Born and raised in one the richest countries in the world and well known for having perhaps the largest oil reservoirs, or at least it was once upon a time the richest country of the South American continent; that country I’m writing about is Venezuela.

Grew up in a typical and traditional Italian family where values were always a priority at home. Raised speaking Italian and Spanish making me a native and bilingual person ever since.

After finishing high school I proceeded to pursue further studies in another country. By the time I arrived to the US at the age of eighteen, I had a pretty good knowledge of English just because I always had the interest and the will to learn a third language and English was the language to learn for me at the time.

After attending a six month intensive English course I was able to successfully pass the TOEFL test required to enroll at the University of Tennessee at Martin where a few years later achieved Bachelor of Science degree Majoring in Geology with a Minor in Geography. Occasionally I had the opportunity the help as an Assistant Instructor in some activities at the university.

In 1983 I took a break from school and went back to Venezuela where I had the pleasure to teach English at a Language Academy for almost ten months before I went back to the States. Teaching English at different levels and different ages was a quite exiting experience which I deeply enjoyed.

Shortly after I graduated I started to work as a geologist with an international oil corporation based in different locations around the world named Anadrill/Schlumberger. As a geologist I was stationed to work on drilling wells located On Shore as well as Off Shore, gathering geophysical information and drilling data for its analysis. In addition we were in charge to constantly monitoring all drilling operations by collecting data form surface sensors. During my three year stay at the company I was also sent to Pau, France for training purposes on new techniques on Directional Drilling. 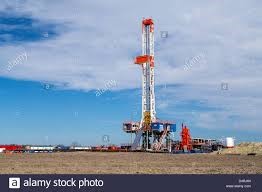 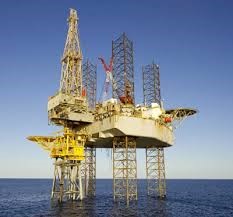 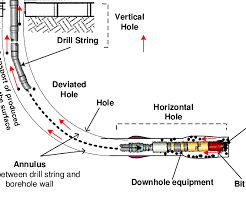 After my oil working experience I went to work for our family tradition owned company founded in 1958 in Venezuela, where we specialized in Industrial Burners (Gas & Light Oil). Our company was the Sales Representative for three of the major manufactures of industrial burners from the USA. During my time at company I had the responsibility to make all the purchases of equipment, parts and components from the USA. Also was responsible to contact new clients and supervise industrial projects related to combustion. Unfortunately due to the Venezuelan crisis our company was forced to stop working and I had to pack my things and took my family in a new adventure to Spain where we started a new life beginning from scratch.


In addition, I could also mention that as a member of a social private club by the name of Casa De Italia de Maracay in Venezuela (www.casaitaliamaracay.com), one the most prestigious club in the country, I held different positions in it. I was Secretary of the Disciplinary Board for a period of three years. After that period of time I held the position of Secretary of the Board of Directors of the Association. During this time I had under my responsibility all personnel (75 people) that worked at the club, institutional relationship with local government offices, and most of all keeping close relationship with the Italian Consul and Ambassador as the highest representative from the Italian Government in Venezuela.

As extra curricula activities I have actively done a lot of theater. I enjoy acting very, very much and I have done for many years. At the same time I enjoy good music, traveling and good food.