The French Connection!! (The influence of the French language on the English language) by Paddy Byrne - Profesor/a de inglés
­
Copied to clipboard
X

The French Connection!! (The influence of the French language on the English language)

One of the main languages foreign to English that has given it a vast set of vocabulary is of course the French language. Words from the French language have been adopted into the English language for hundreds of years and this has not ceased as yet. Take the word parkour for example (which translates to English as route course) which was only introduced to the French language in the early 21st century as a modernised alteration of the word parcors. In 1988 David Belle first established the sport we know today as parkour in France. From then it gradually became more and more used in English and is now a well known addition to a catalogue of French words adopted by the English language.

French words have such a strong influence on English that words like Chef have replaced their English counterparts (”head cook”) and such words are just accepted as being ever present in our vocabulary and yet do not follow the same rules of pronunciation or spelling we learn for other English words. Considering the large number of these words that exist, their significance in everyday speaking of the language and the fact that they are exempt from the rules of English pronunciation and spelling, has prompted English teachers all over the world to teach their meaning, pronunciation and spelling. If they do not form a part of your study curriculum for learning English then you are not learning from the right source!

I have included a list of French words that are commonly spoken in the English language, as well as a guide for pronouncing each word. I hope you find this material useful and perhaps you will learn a few new words! 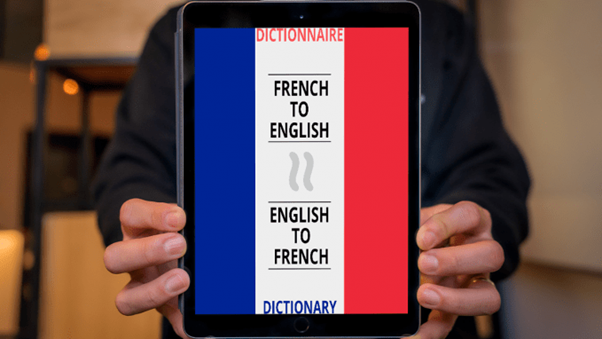 The following French words and phrases integrated into the modern English language possess the same definitions between both languages:

Originally a military term for ‘vanguard’, the first guard on the frontline.

Now more commonly used describe people or works that are experimental, radical, or unorthodox with respect to art, culture, or society.

Now a synonym for the term stereotype. As in a widely accepted opinion (not necessarily true) of a particular person, people or thing(s).

‘cream of the cream’. This refer to the best person or thing in terms of a specific category.

Cul-de-sac signs are put up to state that there is only one entry point which is also an exit point. Commonly used in housing estates across some English speaking countries.

“already seen”. In French, generally used with ‘une impression de’ (a feeling of).

Feeling like you have already seen or experienced something in exactly the same way at some point in the past. A common feeling and expression.

“false step”, an expression describing an action that is embarrassing or tactless.

liaison
(f.) (lyay-soh(n)
In French it means a ‘bond’, which can describe several things, like a relationship, an affair, a link, a connection, or a chemical bond.

In English it is used the same way and also is used as a job title, a liaison officer is an employee who works on building mutually beneficial relationships with clients and business partners.

(soh-teh)
‘jumped’. From the verb ‘sauter’ (to jump). It is used either as an adjective or a noun. Meaning a fried quickly in a little hot fat, potatoes, meat etc.

(vee-zah-vee)
‘face to face’. Meaning ‘regarding’ or ‘concerning’. In French, it is then followed by ‘de’ It is also a real estate term (lack of privacy because of windows in neighbours’ sight).

(eh vwah-lah)
‘see there’; in French, it is used to announce something is completed or done with success, with a feeling of satisfaction or pride, in front of others. 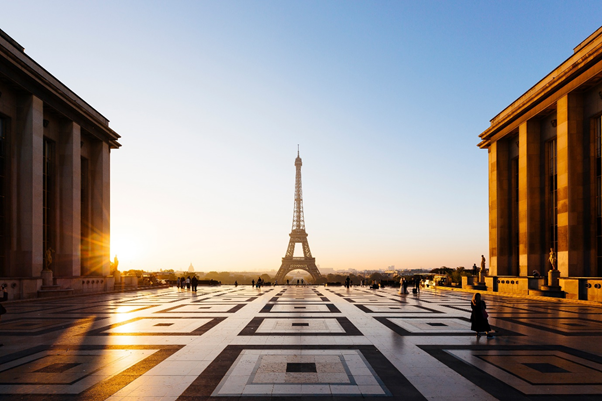 This selection is but a very small one in consideration of the amount of words the French language shares with the English language. Have a look online for more of the same and you will see the extent of the French influence for yourself. If you want to have a more complete experience of learning a language, no matter the purpose (business, conversational etc) and no matter the level of the language you have so far acquired, then try a free class with no commitment to continue with the lessons or pay at a later date. Decide for yourself if Oxinity is the best way for you to learn. Thank you for reading my blog post, au revoir! (oh-re-vwa) - goodbye, until we meet again!

Sujetos y Objetos: WHO or WHOM?