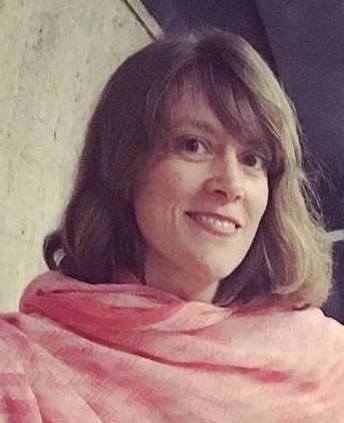 Are you struggling to learn a new language and find that every excuse like work, homelife and time, gets in the way? Is it a challenge sticking to a consistent routine? Have you been learning for a while but see little progress?

It could be a very simple thing, perhaps you just need to re-think your learning habits.

One of my tips are little and often. And I like to imerse myself in the language and culture, this needn't be tricky if we don’t live in the country of our new language of study, there are ways to help like tuning into a radio station, watching films, finding a practice partner, learning about the culture etc.


1. Know Your Motivation
"It requires thinking I want to learn this and I’m therefore going to do as much as I can in this language, with this language and for this language.”
If you don’t have a good reason to learn a language, you are less likely to stay motivated in the long-run. Be commited to it! Set yourself small achieveable milestones. For example you are travelling to Spain next month for work and need to brush up on your business skills to discuss a new project, you could focus on a area specific to that to accomplish your goal.

2. Find A language partner
Matthew learned several languages together with his twin brother, Michael. They tackled their first foreign language, Greek, when they were only eight years old! Matthew and Michael, gained their super Polyglot powers from a good old sibling rivalry.
“We were very motivated, and we still are. We push each other to really go for it. So if he realises that I’m doing more than he is, he’ll get a bit jealous and then try and outdo me (maybe because he’s my twin) — and the other way round.”
Finding a practice partner doesn’t need to be daunting. There are many online learning communities where you can meet people with the same language learning goals and practice with each another, this can be added to your language curricular.

3. Talk To Yourself
“It might sound really weird, but actually speaking to yourself in a language is a great way to practice if you’re not able to use it all the time.”

4. Keep It Relevant
“You’re learning a language to be able to use it. You’re not going to speak it only to yourself. The creative side is really being able to put the language that you’re learning into a more useful, general, everyday setting — be that through writing songs, generally wanting to speak to people or using it when you go abroad.”

5. Have Fun With It
Matthew and his twin practiced Greek by writing and recording songs. Think of some fun ways to practice your new language: join the Postcrossing Community where you can send and receive postcards and write them in your new language, make a radio play with a friend, write a poem, subscribe to a podcast,  learn song lyrics (there’s tons of Karaoke tunes on You Tube), follow a recipe, learn idioms or proverbs. The possibilities are endless.

6. Let go of your grown-up inhibitions
“Humans learn by making mistakes. As kids, we are expected to make mistakes, but as adults, mistakes are taboo. Think how an adult is more likely to say “I can’t” rather than “I haven’t learned that yet.” To be seen failing (or merely struggling) is a social taboo that doesn’t burden children as much. When it comes to learning a language, admitting that you don’t know everything is the key to growth and freedom. Let go of your grown-up inhibitions.”

7. Leave Your Comfort Zone
“At the beginning, you’re going to encounter difficulties: maybe the pronunciation, maybe the grammar, the syntax or you don’t really get the sayings, But I think the most important thing is to always develop this feel. Every native speaker has a feel for their own language, and that’s basically what makes a native speaker — whether you can make the language your own.”

8. Listen
“We’re able to pronounce anything, it’s just we’re not used to doing it. For example, the rolled r doesn’t exist in my form of English,” Matthew said. “When I was learning Spanish, there were words with the hard R in them, like perro and reunión. For me, the best way to go about mastering that is actually to hear it constantly, to listen to it and to kind of visualize or imagine how that is supposed to be pronounced, because for every sound there is a specific part of the mouth or throat that we use in order to achieve that sound.”

9. Watch Others Talk
“One way — it might sound a bit strange — is to really look at someone while they’re saying words that use that sound, and then to try to imitate that sound as much as possible. Believe me, it might be difficult at the beginning, but you will master it. It’s something that is actually quite easily done; you just need to practice.”
If you can’t watch and imitate a native-speaker in person, watching foreign language films and TV is a good learning substitute.

10. Dive In
“I tend to want to absorb as much as possible right from the start so if I learn something, I really, really go for it and try to use it throughout the day. As the week progresses I try to think in it, try to write in it, try to speak to myself even in that language. For me, it’s about actually putting what you’re learning into practice — be that writing an email, speaking to yourself, listening to music, listening to the radio. Surrounding yourself, submerging yourself in the new language culture is extremely important.”

The best possible outcome of speaking a language is the ability to communicate with others. Being able to have a real conversation is hugely rewarding. Reaching milestones like that early on will make it easier to stay motivated.

Inspired to get started?
Then sign up for a free trial class today!