I Am English. Three Symbols That Represent Me

I’m English and today I want to talk about three symbols that represent me.

One of those is the St George Cross, a red cross on a white background.

More recently the Flag has been adopted by far-right white nationalists as a symbol to carry their message. It’s now so synonymous with white nationalist groups such as the English Defence League that many English people no longer wish to display the flag.

During international football tournaments in which England are playing it’s common for people to display the flag outside their house. However this can portray a bad image. Many people that see the flag on display outside a house will think the inhabitants are racist. One such occasion happened in the Autumn of 2014. Conservative Party MP for Rochester, Mark Reckless, resigned from his party and joined UKIP, calling for a by-election. Labour MP Emily Thornberry was in the area canvassing for votes for her party’s candidate when she came across a house with a St George’s flag and a white van, she took a picture and tweeted it with the caption “a view of Rochester”.

A white van is one of the symbols that represents a working class man and some would say someone that is most easily influenced by rightwing propaganda. 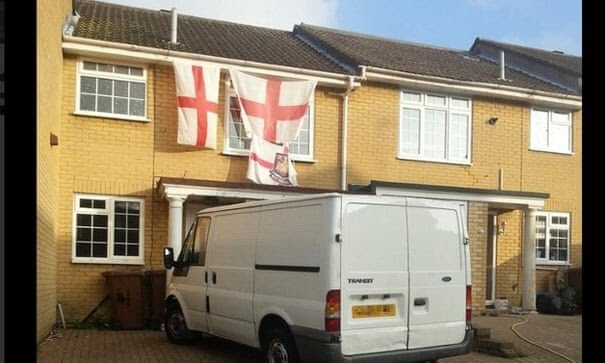 So in short and to over simplify the matter, many people that drive white vans are racist. The inference that one could get from Thornberry’s tweet is ‘here lives a racist, of course UKIP are going to win the vote’. For anyone that follows Spanish politics I would put UKIP in the same bracket as VOX. A rightwing party, nationalist, anti-feminist etc...

Thornberry’s tweet caused outrage, was promptly deleted but did open up the debate on ‘is displaying the flag racist?’ When there’s an international football tournament and England are playing the stadium is adorned with England flags. Often, at the same tournament, there will be violence and England fans will be amongst the troublemakers. This doesn’t help improve the image of the St George’s Cross waving, English people. The majority of those England fans will be well behaved and yet that won’t matter, it’s always a few that will spoil it for the many.

Another symbol we like to display is a poppy. This is to commemorate British war dead, those that died in battle fighting for Britain; especially those that fought in the two world wars, and those that were conscripted.


This originates from the end of the First World War. A field in Belgium where many lost their lives was full of poppies so it seemed an appropriate and poignant symbol. Every year the debate about the poppy rages. Not everyone likes to wear it as it can be seen as endorsing war. However, the nationalists argue that those men that died in those two wars did so defending the UK from fascism. Of course, it’s easy to argue that this is true of the Second World War but less so of the first.
Obviously, nationalists often go into debates without understanding all the facts so not knowing who was Franz Ferdinand, whose assassination started the chain of events lead to the war, is unlikely.
The delicate intricacies of understanding what caused the outbreak of war in the summer of 1914 are a lot less straightforward than those of the Second World War and happened at a much faster pace.
The arguments are that you have to wear the poppy because those men died for you and for defending this country and if it weren’t for them you’d either not be here or be speaking German. The argument is crazy on three counts.

1 Because it isn’t, and rarely is, quite as straightforward as all of that.

2 Because many will argue that those men weren’t fighting to defend the UK, they were defending British interests overseas.

3 Because you can’t argue that someone must do something as a result of men dying for your right to choose.

On point 2, yes, there were lands overseas that these men were defending. Both my grandfathers were in Burma, that’s thousands of miles from home.

Burma at the time was a British overseas territory, the people that lived there were British subjects, or at least looked to the UK for security. Both my grandfathers fought defending Burma, and for them it was about duty.  A duty to defend those who needed defending.

On point 3, every November I argue this point. I have a number of friends who tell me that if it were up to them everyone would be forced to wear a poppy.

I hope you understand the hypocrisy involved here. I carefully tiptoe around the subject trying to steer clear from saying that those we’re commemorating were defending us from the likes of the people that would force everyone to wear something.

These arguments for wearing the poppy are often used by people that have never been anywhere near military service, and wouldn’t if they had to but love to offer up other people to go instead. They then later in life moan that the youth of today wouldn’t be able to do what the youth back then did as if them never getting the opportunity to do so is a bad thing.

The third symbol celebrated by the English is the three lions, most famously recognised in the modern day as being the emblem of the Football Association and the crest worn on England football shirts.


The use of a lion or multiple lions goes back to Henry II who ruled from 1154 until 1189.  His son, Richard I, also know as Richard the Lionheart, would adapt the shield of three lions as we know it today. Henry II was the son of Geoffrey of Anjou, a French count and Richard I, who was king of England from 1189 to 1199 spent about six months in the country, spending most of his time in the Middle East fighting the Crusades. Richard even said that he would sell London if he could find a buyer.  Hardly the sort of thing a proud Englishman would want to hear from his king.  A king is supposed to be the true representation of a country, not someone who looks to sell it off to people. Richard loved his god more than he loved his country. His depiction of three identical gold lions walking past but facing the observer on a red background is still the Royal Coat of Arms of England. 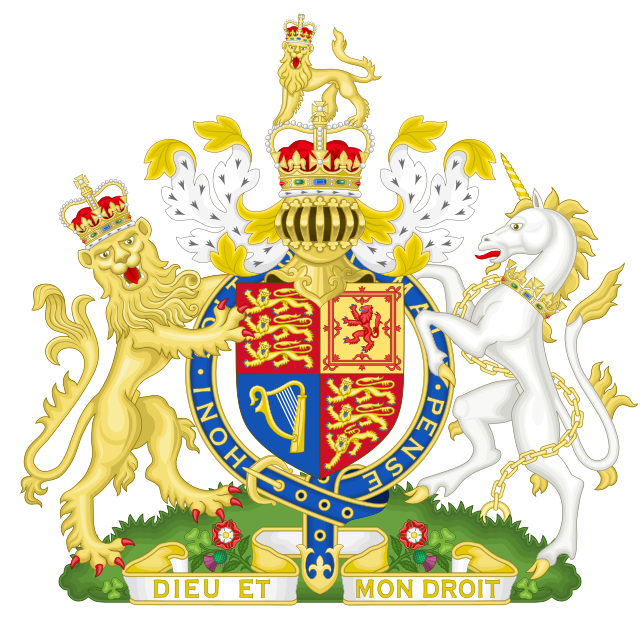 The arms displayed by the monarch has changed numerous times according to dynastic or political changes but the three gold lions on a red background is the representation of England in any future coat of arms. The symbol is a source of great pride for English football and cricket supporters as both use it for their official crest. In 1996 England hosted the European Championship football tournament. It was common at this time for pop stars to get in on the act and record songs to celebrate the tournament. In ‘96, English comedians, David Baddiel and Frank Skinner joined with Brit Pop group, the Lightning Seeds to record England’s unofficial anthem for the tournament, Three Lions. This song has since been cemented into English football folklore. A new version was recorded in 1998 for the World Cup in France and even as late as the 2018 World Cup the song was on every football fans lips. 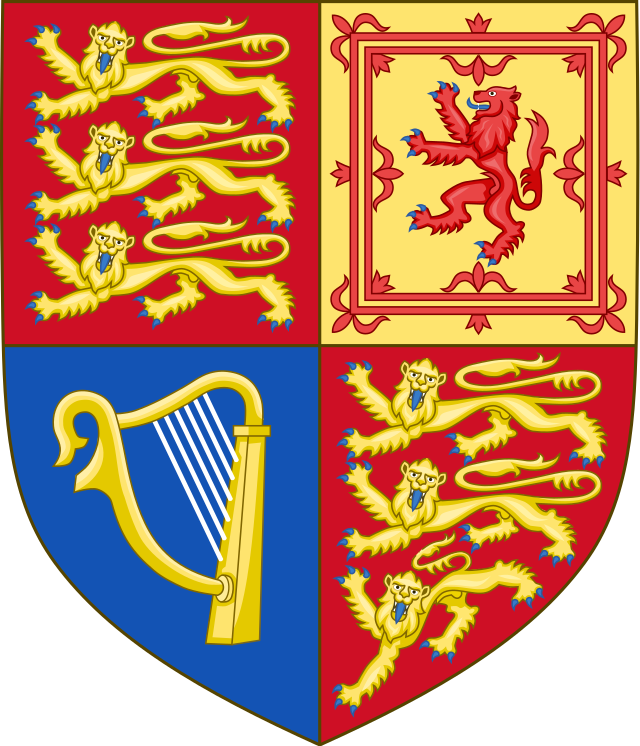 These three symbols are part of what it means to be English. The poppy, not exclusive to England of course, reminds us of the people that died so that we could live with the freedoms we enjoy today. England and the rest of the British didn’t stand alone in either war but we were there and so for standing up to defend the weak and those that can’t defend themselves is what it means to be English.

The flag of St George is one I’m proud of. I wish others would be more proud of it, too. I know of no other country where the people look on their own flag with disgust and disdain.

Living in Barcelona I couldn’t imagine the people here having the same ambivalence about displaying the Senyera.

If this blog has taught you anything it should be that to be English is to get influences from foreign lands, that people of different origins can unite under the guise of “English”.

Tea isn’t English, or British, but we’ve made it our own, curry too, we’ve created our own dishes, so much of what it means to be English or from England didn’t originate from there and that’s great.

I’m English, I celebrate that and the flag of St George, the poppy and the three lions represent me.