▷ American -and British comedy, which is best to learn English? by Torleif Villmones - Profesor de inglés
­
Copied to clipboard
X

American -and British comedy, which is best to learn English?

Why is Ricky Gervais so incredibly funny?

If there is one thing that I love then it is watching comedy. But there is a slight difference between British -and American comedy.

If you watch the video down below (I recommend from 6:00) with the Golden globe awards with Ricky Gervais (my favorite comedian), then you will see what I mean with British comedy. Ricky Gervais is from Britain, and he loves to use sarcasm, all the time. He likes more humane jokes that are realistic and fun. He got a lot of critic for his jokes about Johnny Depp’s bad movie (The Tourist), but Ricky obviously didn’t care.

And when talking about American comedy it is less sarcasm and more clishé, or family friendly comedy. To be honest, just the thought of another season of The Big Bang Theory makes me sick. The first season of this was good, but later on the season got more and more cliché and fake in my perspective. Sad. I am not saying that all American comedies are bad, it’s just that a lot of the series are in the hands of rich producers who just wants more money, and that’s through stereotypical comedies. Unfortunately.
A very good series is The Office (US), I truly recommend this for English learners. 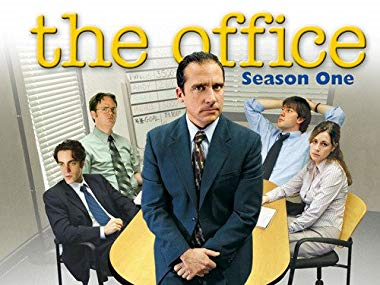 So what is the main difference between American -and British comedy? Well I have to say that the main difference is the human touch in the British humor, my best example is Mr. Bean. This guy is legendary, everyone knows who he is. He makes jokes purely with self-irony and everyday situations, it is funny because everyone understands him.
If this series was made in USA, then it would probably involve more stereotypical gateways, and that would honestly have broken my heart.

In conclusion I want to say that comedy is very interesting, if it is in English language or Spanish language. No matter what it is still comedy, and I respect this genre fully. So next time I go to a Spanish stand up in Madrid, I will make a critic as an English teacher.
Have a wonderful day,